Spotify is one of the most popular music streaming apps around the world, and for good reason. It gives users the power to add all of their favorite music to their library, create different playlists, and even share those playlists with the rest of the Spotify community.

Additionally, Spotify is available on nearly any platform, meaning users can switch between devices and continue listening to their favorite tracks seamlessly. Unfortunately, all of this added convenience means that the app is incredibly complex and that users can run into problems when streaming music. There may be times when users try to play their saved music, but Spotify displays an error message reading, “Spotify can’t play current song,” or, “Spotify can’t play this right now.” Though this may be frustrating to deal with, there are ways to fix these problems.

Here are some of the common reasons Spotify can’t play the music you want to listen to and how to approach fixing them.

Common Causes of the Issue

Enlisted below are some common causes of Spotify can’t play current song errors.

Client-side issues come about when something in your control is preventing the Spotify app from working properly. Though these kinds of issues are frustrating, they are also fortunately some of the easiest to fix. There are a few different sources that could be the cause of your issue. The most common cause for the “Spotify can’t play current song,” issue on the client-side is connectivity issues. This means that your device may not have a reliable internet connection which is causing the error.

Another common client-sided issue that could be causing the error is a glitch in your device’s operating system. This means that the device is struggling to communicate with Spotify even if your device has a reliable internet connection.

For example, if your operating system has a pending update it might have issues running certain apps like Spotify until it is updated. To quickly determine if the issue you’re dealing with is client-sided, attempt playing a song with wireless headphones using a different device. If one device is working, but another is having errors, then the issue is likely with that device and not Spotify altogether.

Server-side issues also prevent the Spotify app from functioning properly, but the major difference is where the issue is taking place. With server-sided issues, your device and internet connection may be running perfectly fine, but there is some sort of issue on Spotify’s half of the equation. These types of issues are generally easier to identify than client-side issues, but they are more difficult to find a solution to because you will likely not have access to the tools necessary to fix them. For example, if Spotify’s servers are having connection issues or are overloaded with traffic, then you may notice errors in your app that can only be fixed if Spotify remedies the situation.

There are a few ways to determine if the issue you are facing is on the server-side of the equation. The first is to check Spotify’s website to see if they have mentioned any issues that might be affecting your experience listening to music.

The final area that could be the source of your issues is the Spotify app itself. These are the most complicated types of issues to deal with because they are both hard to diagnose and difficult to solve. An example of an application issue would be if you experience issues playing music through Spotify immediately after updating the application, or when attempting to use an older version of the app if a new one is available. This is especially true for situations where you have already determined that the cause of the issue is not your device, internet connection, or Spotify’s servers.

Sometimes software engineers will make a change to the app’s coding that causes strange glitches and errors. This is both incredibly frustrating and impossible to fix because you don’t have access to Spotify’s source code. Fortunately, these kinds of issues generally resolve themselves very quickly because Spotify will identify and fix the issue as fast as they possibly can.

How to Fix it?

Before we jump into specific fixes for each of the common issues that cause Spotify can’t play current song errors, you should first try all of the basic troubleshooting steps. It may seem obvious, but these steps are important because they genuinely can solve many of your issues.

The first step in solving technical issues is identifying the source of the problem. Head to Spotify’s website and see if they have mentioned having any trouble on their end of the equation. There are also websites that track server issues for different apps which may be valuable to check. If you can’t find evidence of any server-sided issues, then check to see if the issue is with your device specifically. You can do this by seeing if Spotify will play music properly on any other device. Hopefully, after doing these steps you’ll know whether the issue is with your device (client-side) or with Spotify’s servers (server-side).

After you have identified where the issue is located, you can begin taking steps to fix it. Let’s start with common ways to solve client-sided issues associated with Spotify can’t play current song.

Server-sided issues are more difficult to deal with because you don’t have access to the tools necessary to fix the issue. You may just have to wait for employees at Spotify to resolve the issue themselves. Call Spotify customer service and see if they are working on a solution and if they are how long it should take. 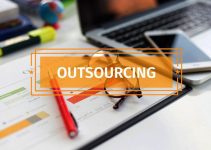 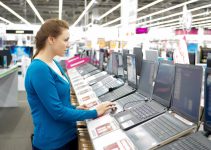