50 Awesome Chuck Palahniuk Quotes For You 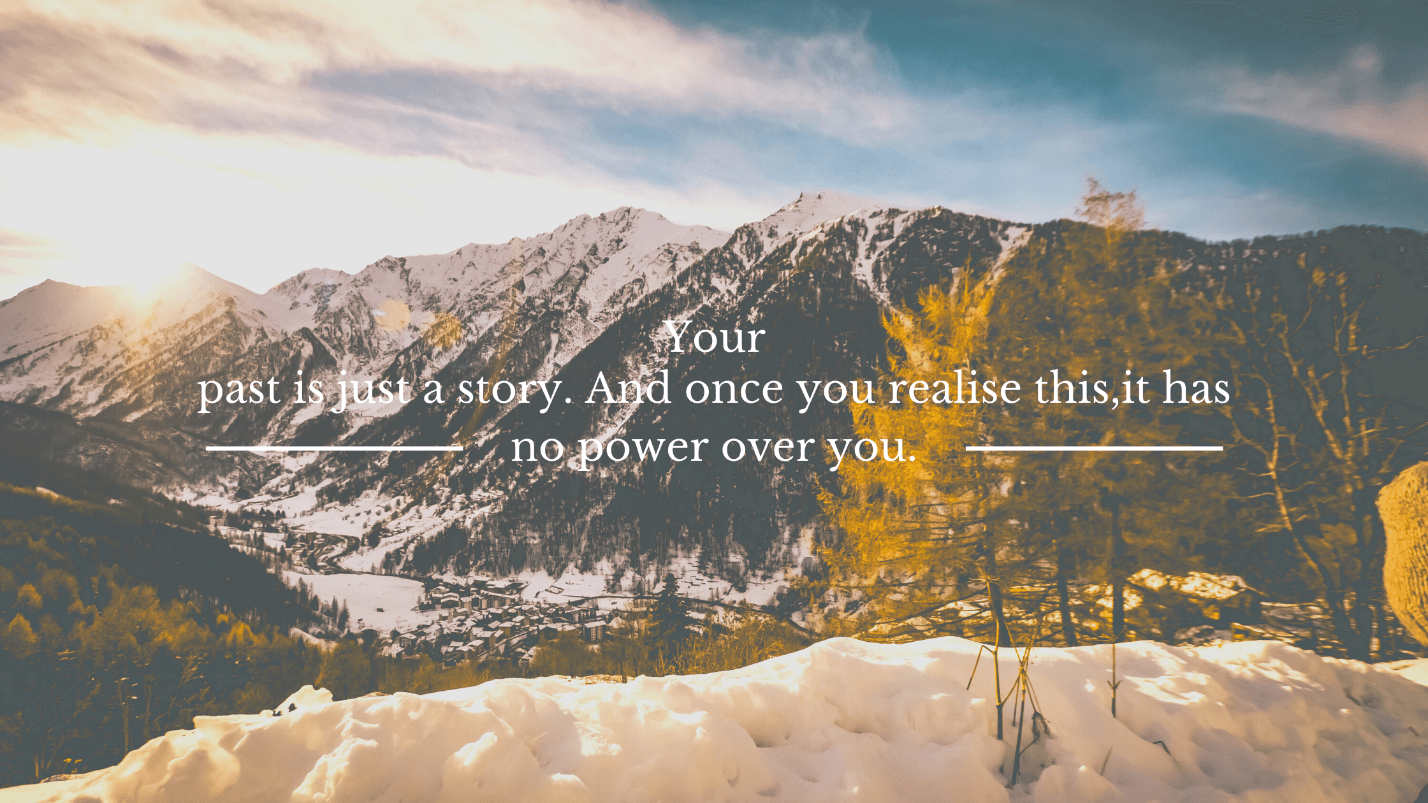 Charles Michael Palahniuk also known as Chuck Palahniuk is an American novelist who is known for his exceptional work in transgressional fiction. Born in Pasco, Washington on February 21, 1962, Chuck has gained a lot of popularity as a novelist. His award-winning novel “Fight Club” has been filmed as well with the same name starring Brad Pitt. The central message or the concept behind Fight Club was that a person feels empowered when he faces small and escalating challenges.

Chuck started writing fiction novels in his mid-30’s while attending various workshops that Tom Spanbauer used to host. His minimalistic style of writing is also inspired by Tom. Chuck has written many great novels which include Invisible Monsters, Fight Club, Haunted, Survivor and the New York Times Bestseller “Choke.” The novel Choke was published in 2001 and has been made into a film starring Sam Rockwell.
There are two characteristics of Chuck’s writing style; limited vocabulary and short sentences. He prefers writing in verbs than adjectives which is why more and more people connect to his stories. He has won several awards which include

Though many people refer to his work as nihilistic but Chuck does not agree with it. He has a huge fan following and many readers love the way he narrates fictional and non-fictional stories. Here, in this blog,we have compiled some of the best Chuck Palahniuk quotes that will compel you to read his novels if you have not. Chuck certainly knows how to grab the attention of his readers and keep them hooked throughout the story.
So, let’s have a look at some of the greatest quotes that we have selected for you. 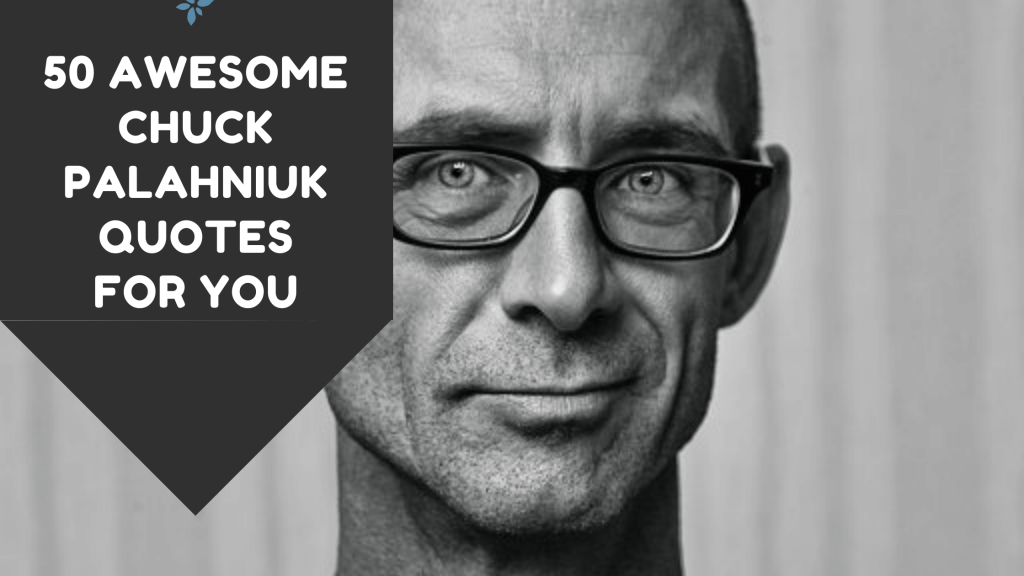 1. Young people want mirrors. Older people want art.”
2. “Every breath is a choice. Every minute is a choice. To be or not to be. Every time you don’t throw yourself down the stairs, that’s a choice. Every time you don’t crash your car, you re-enlist.”
3. “It’s so hard to forget pain, but it’s even harder to remember sweetness”
4. “Your past is just a story. And once you realize this, it has no power over you.”
5. “Real smart begins when you quit quoting other people.”
6. “The problem with educating stupid people was that they didn’t know they were stupid. The same went for curing crazy people.”
7. “Somehow it seems wrong to photograph a blind person. It’s like stealing something valuable they don’t even know they own.”
8. “What makes the earth feel like hell is our expectation that it ought to feel like heaven. Earth is earth. Hell is hell. Now, stop with the whining and caterwauling.”
9. “The difference between how you look and how you see yourself is enough to kill most people. And maybe the reason vampires don’t die is because they can never see themselves in photographs or mirrors.”
10. “I hate how I don’t feel real enough unless people are watching.”
11. “I wanted to destroy everything beautiful I’d never have.”
12. “Your handwriting. The way you walk. Which china pattern you choose. It’s all giving you away. everything you do shows your hand. Everything is a self portrait. Everything is a diary.”
13. “The damaged loves the damaged.”
14. “It’s easy to cry when you realize that everyone you love will reject you or die.”
15. “When you understand, that what you’re telling is just a story. It isn’t happening anymore. When you realize the story you’re telling is just words, when you can just crumble up and throw your past in the trash can, then we’ll figure out who you’re going to be.”
16. “Maybe you don’t go to hell for the things you do. Maybe you go to hell for the things you don’t do. The things you don’t finish.”
17. “Leonardo’s Mona Lisa is just a thousand thousand smears of paint. Michelangelo’s David is just a million hits with a hammer. We’re all of us a million bits put together the right way.”
18. “Life’s greatest comfort is being able to look over your shoulder and see people worse off, waiting in line behind you.”
19. “I say let me never be complete, I say may I never be content,I say deliver me from Swedish furniture, I say deliver me from clever arts, I say deliver me from clear skin and perfect teeth,I say you have to give up! I say evolve, and let the chips fall where they may!”
20. “Without pain, without sacrifice we would have nothing. Like the first monkey shot into space.”
21. “It’s easy to attack and destroy an act of creation. It’s a lot more difficult to perform one.”
22. “History is filled with brilliant people who wanted to fix things and just made them worse.”
23. “I wanted to write about the moment when your addictions no longer hide the truth from you. When your whole life breaks down. That’s the moment when you have to somehow choose what your life is going to be about.”
24. “For the record, knowing when people are only pretending to like you isn’t such a great skill to have.”
25. “If a tree falls in the forest and nobody is there to hear it, doesn’t it just lie there and rot?”
26. “That’s the best revenge of all: happiness. Nothing drives people crazier than seeing someone having a good fucking laugh.”
27. “The best way to waste your life, is by taking notes. The easiest way to avoid living is to just watch. Look for the details. Report. Don’t participate.”
28. “The best way to waste your life, is by taking notes. The easiest way to avoid living is to just watch. Look for the details. Report. Don’t participate.”
29. “Me with nothing left to lose, plotting my big revenge in the spotlight. Give me violent revenge fantasies as a coping mechanism.”
30. “For this moment, nothing matters. Look up into the stars and you’re gone.” 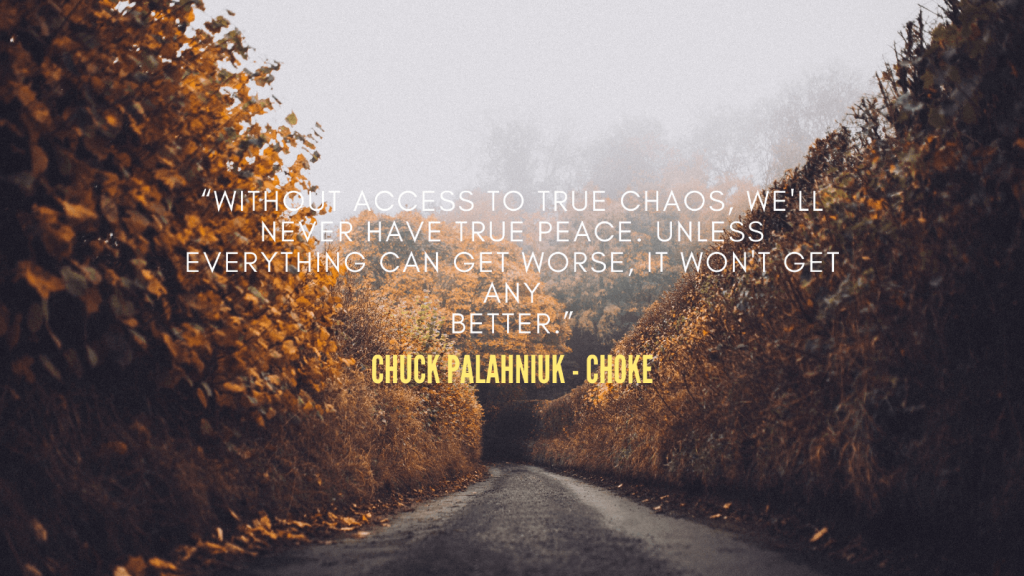 Now let’s take a look at some amazing choke quotes that make the novel an epic read.

31. “What I want is to be needed. What I need is to be indispensable to somebody. Who I need is somebody that will eat up all my free time, my ego, my attention. Somebody addicted to me. A mutual addiction.”
32. “The unreal is more powerful than the real. Because nothing is as perfect as you can imagine it. Because it’s only intangible ideas, concepts, beliefs, fantasies that last. Stone crumbles. Wood rots. People, well, they die. But things as fragile as a thought, a dream, a legend, they can go on and on. If you can change the way people think. The way they see themselves. The way they see the world. You can change the way people live their lives. That’s the only lasting thing you can create.”
33. “More and more, it feels like I’m doing a really bad impersonation of myself.”
34. “I feel my heart ache, but I’ve forgotten what that feeling means.”
35. “Because nothing is as good as you can imagine it. No one is as beautiful as she is in your head. Nothing is as exciting as your fantasy.”
36. “Without access to true chaos, we’ll never have true peace. Unless everything can get worse, it won’t get any better.”
37. “It’s pathetic how we can’t live with the things we can’t understand. How we need everything labeled and explained and deconstructed.”
38. “You gain power by pretending to be weak.”
39. “We’ve spent so much time judging what other people created that we’ve created very, very little of our own.”
40. “After you find out all the things that can go wrong, your life becomes less about living and more about waiting.”
41. “Because nothing is as perfect as you can imagine it.”
42. “We’ve taken the world apart but we have no idea what to do with the pieces.”
43. “At some point, your memories, your stories, your adventures, will be the only things you’ll have left.”
44. “Here in your mind you have complete privacy. Here there’s no difference between what is and what could be.”
45. “Torture is torture and humiliation is humiliation only when you choose to suffer.”
46. “There’s an opposite to déjà vu. They call it jamais vu. It’s when you meet the same people or visit places, again and again, but each time is the first. Everybody is always a stranger. Nothing is ever familiar.”
47. “Those who forget the past are condemned to repeat it.”
48. “You had to risk your life to get love. You had to get right to the edge of death to ever be saved.”
49. “Anything you can aquire is only another thing you’ll lose.”
50. “I wish I had the courage not to fight and doubt everything… I wish, just once, I could say, ‘This. This is good enough. Just because I choose it.”