Home
Celebrities Who Had Their Tattoos Removed

Celebrities are just like us, they have tattoo regret. And while some stars opt for a clever coverup, others decide to invest in laser removal. Take a look at 15 of your favorite stars who’ve had their ink removed and let us know if you’d opt for laser in the comments section. 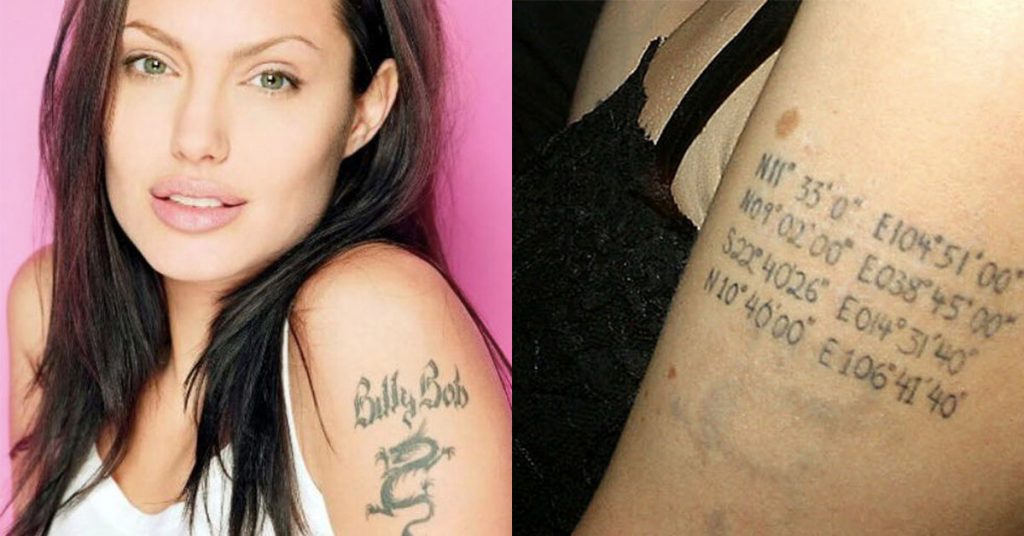 Perhaps the most iconic case of tattoo removal: Angelina Jolie’s tattoo for ex Billy Bob Thornton. She’s since removed and covered the piece with the geographic coordinates of her children’s birthplaces. 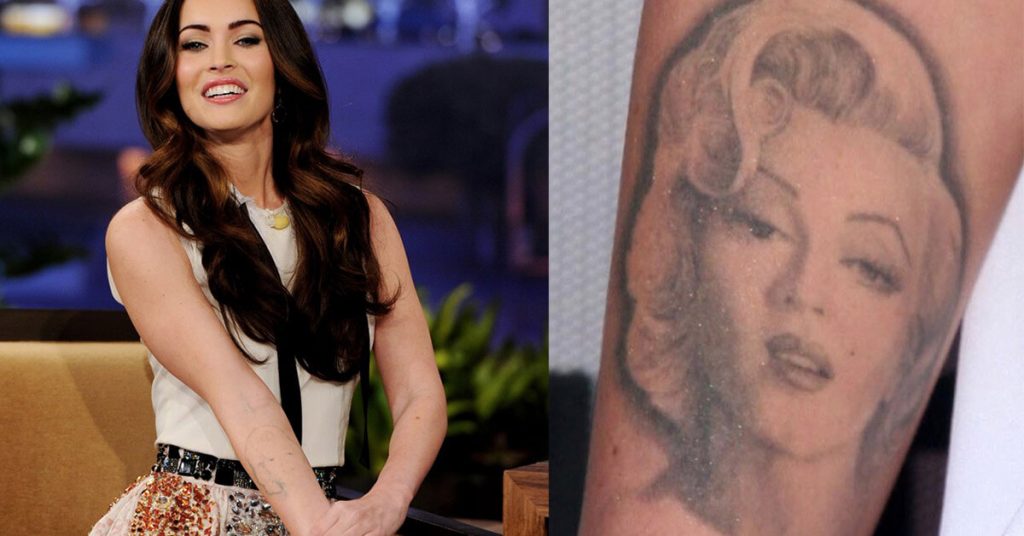 Megan Fox quickly became one of the most recognizable stars with tattoos, one of which was a portrait of Marilyn Monroe on her right forearm. However, she’s now removed the tattoo in its entirety. 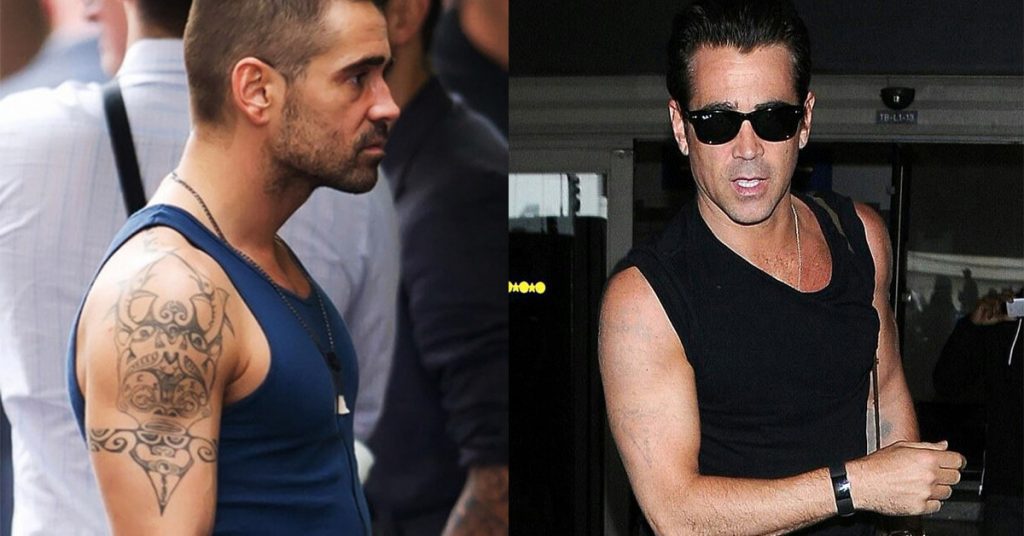 Did you know that actor Colin Farrell used to be tatted up? We were shocked! 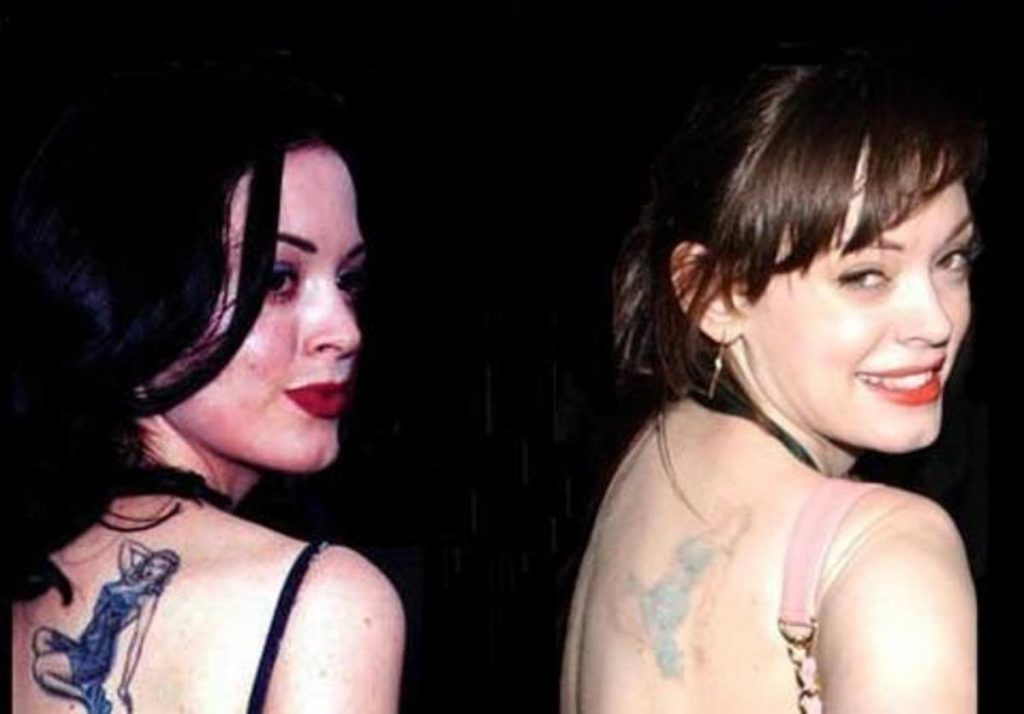 Actress and activist has since removed the pin-up tattoo which once graced her shoulder blade.

Another iconic example of celebrity tattoo removal, Johnny Depp parted ways with Winona Ryder and lasered the ‘no’ of her name to have his tattoo read ‘Wino Forever.’

Following her divorce from actor Antonio Banderas, Melanie Griffith spent many months removing the tattoo of his name on her right arm.

After splitting from singer Seal, Heidi Klum began removing the tattoo of his name in 2013. 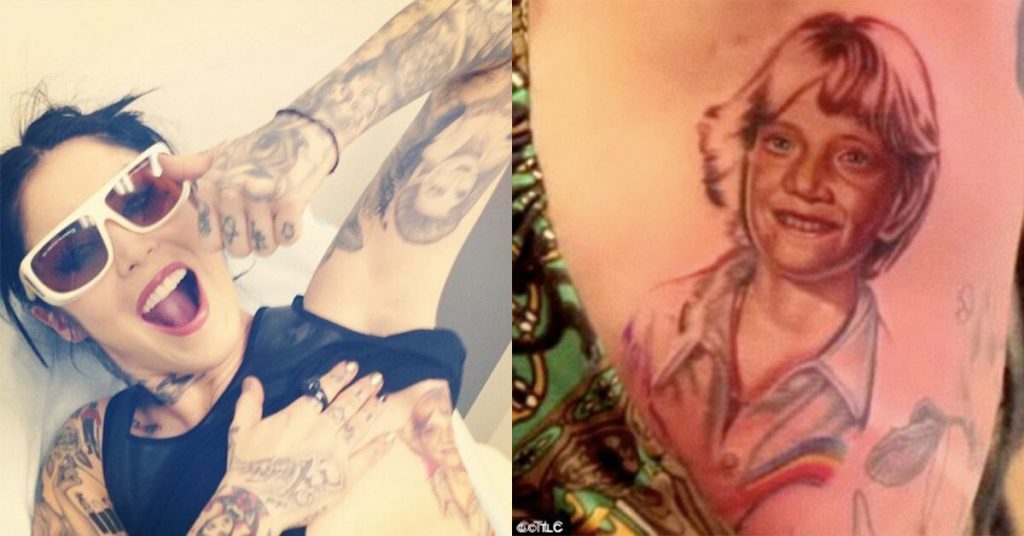 Even tattoo artists have regret! After her very public breakup with Jesse James in 2011, Von D got his portrait removed from her side. 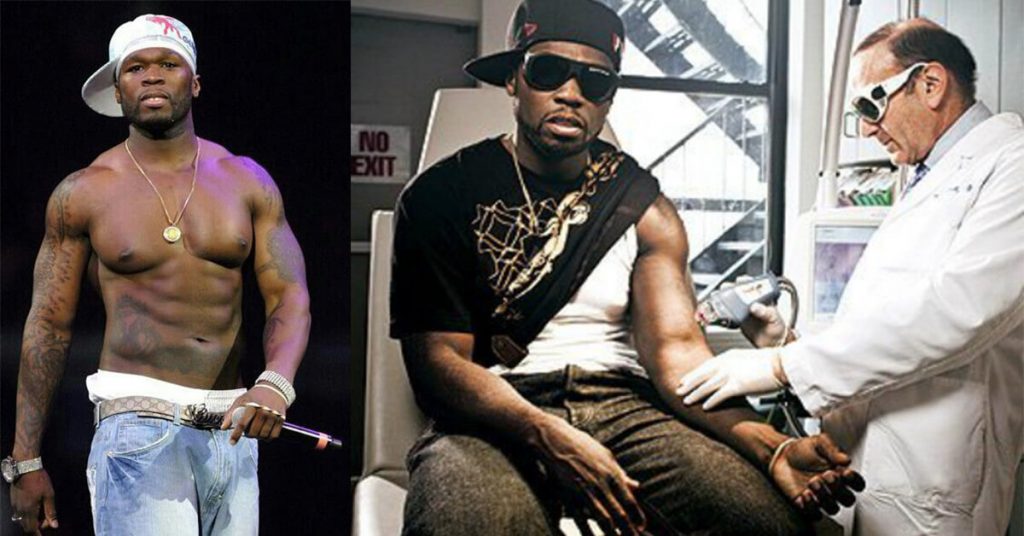 In order to avoid the painstaking process of covering his tattoos for movie roles, 50 Cent went through multiple sessions of laser therapy to remove his ink.

In 2008, musician Pharrell Williams went above and beyond in order to remove his tattoos. In addition to having laser therapy, Williams underwent a skin graft. 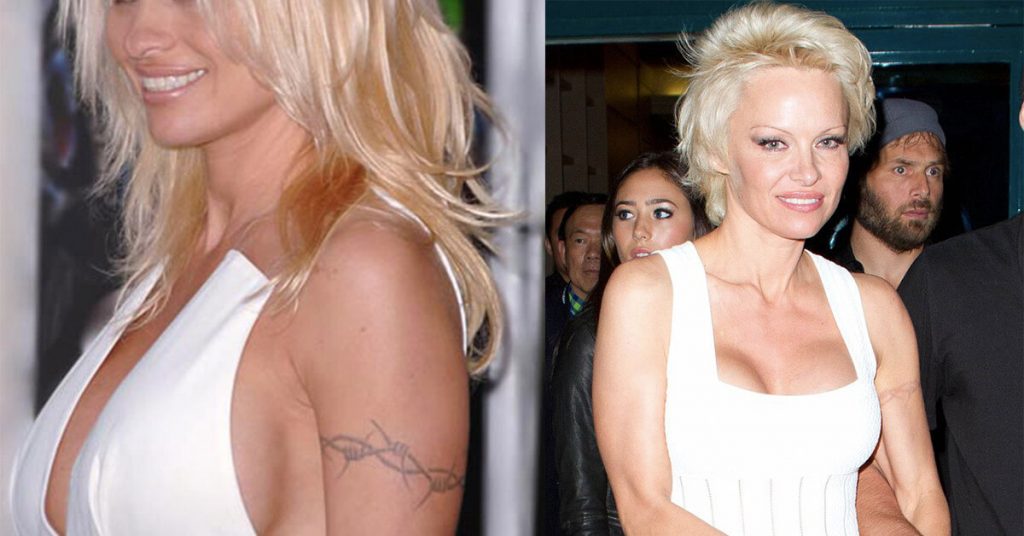 Although her barbed wire tattoos was an iconic staple of her image as a 90s bombshell, Pamela Anderson said goodbye to the tattoo in 2014. 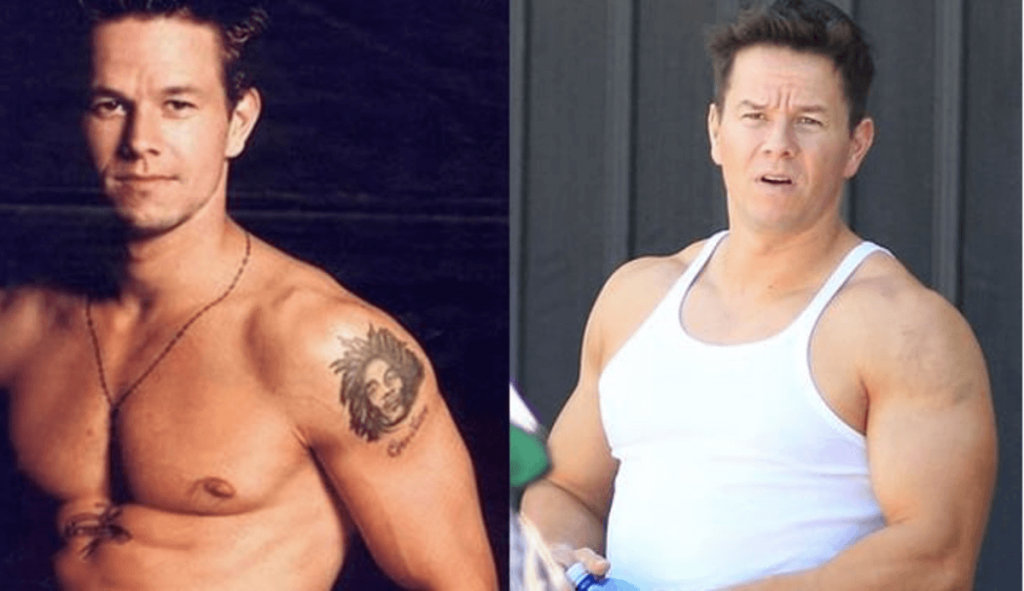 Can you believe actor Mark Wahlberg used to rock a portrait of Bob Marley? 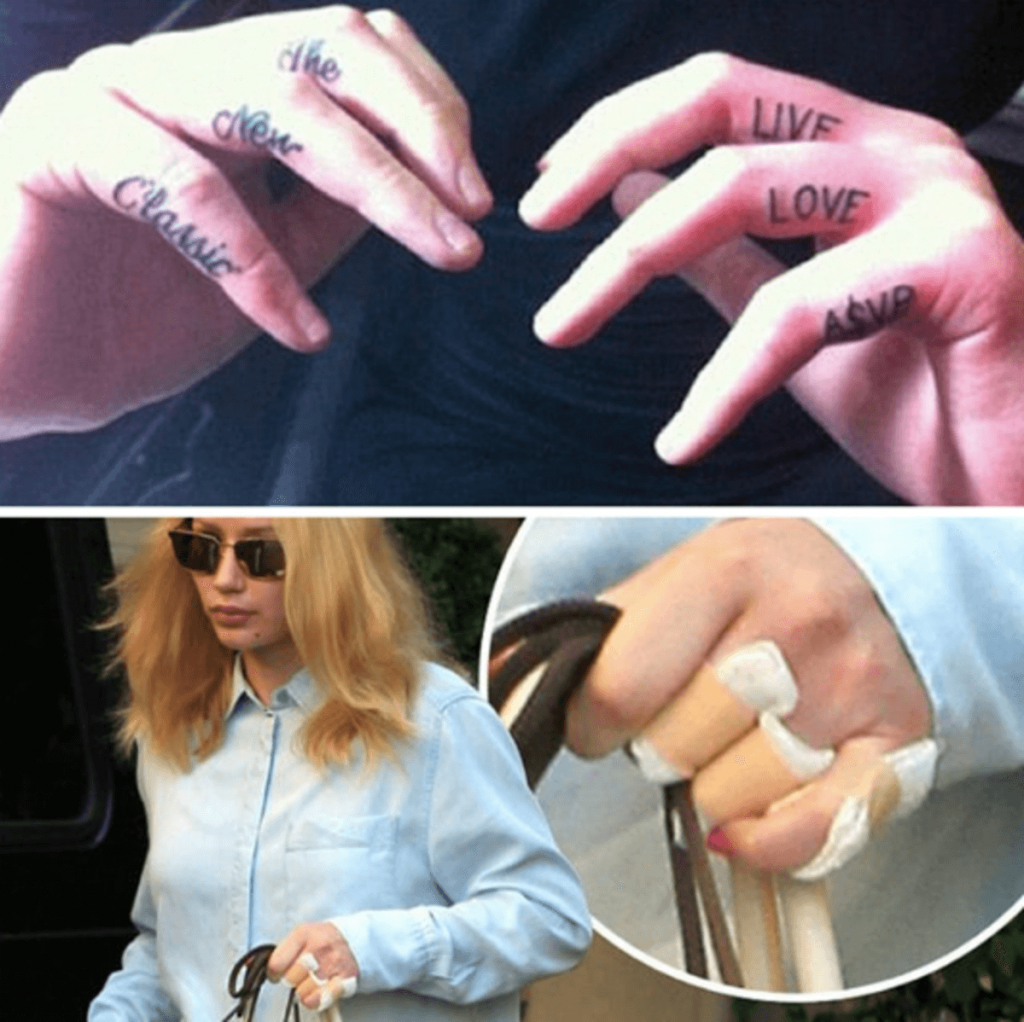 Iggy Azalea may proudly rock her current tattoos, however, she was spotted with bandages on her fingers—leading us to believe that she’d had some of her ink removed. 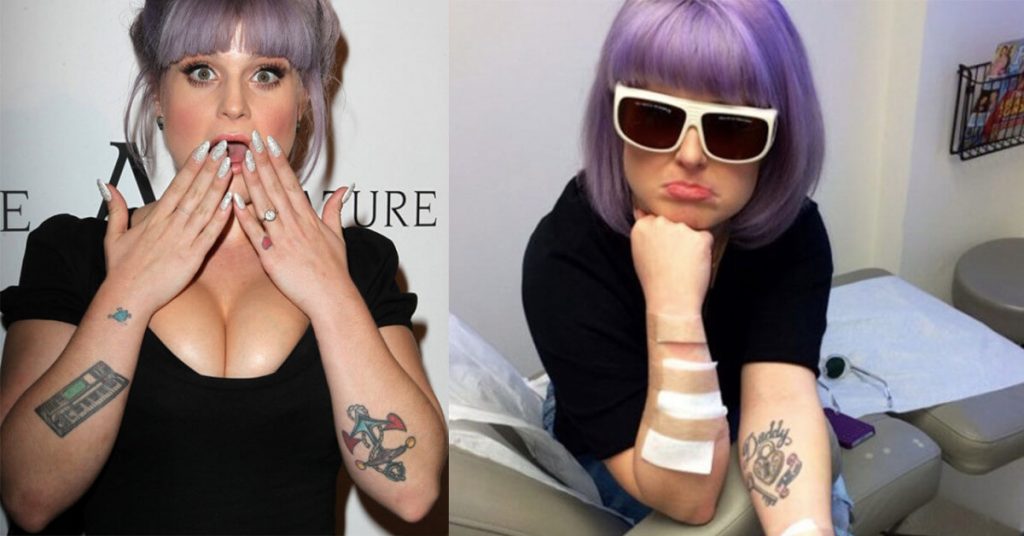 In 2010, Kelly Osbourne announced that she’d be removing the majority of her tattoos and by 2013, she’d removed the keyboard on her right arm.

In 2016, Eva Longoria removed the tattoo on the back of her neck, which was a tribute to her ex-husband Tony Parker.