Home
Sports
NBA Round-Up: The Rise of the Super Team

There is a good chance that the 2021 NBA Finals will pit two super teams against each other: the Brooklyn Nets and the Los Angeles Lakers. A super team already with the Big Three of Kevin Durant, James Harden, and Kyrie Irving, the Nets got a lot more formidable by first adding former All-Star Blake Griffin and then acquiring another All-Star in LaMarcus Aldridge (both signed after they were bought out by the Pistons and Spurs, respectively). The Lakers, plagued by injuries to LeBron James and Anthony Davis, responded accordingly, signing star big man Andre Drummond out of the buyout market.

This is not the first time that the NBA will have a super team formed through free agency signings, trades, and buyout acquisitions. But it might be the first time that the league will see two of them in the same season — and both are stacked! The Nets’ 5 of Harden, Durant, Irving, Griffin and Aldridge have 41 All-Star game appearances combined, while the Lakers’ 5 of LeBron, Davis, Drummond, Dennis Schröder, and Kentavious Caldwell-Pope, on the other hand, have 27.

Those numbers compare favorably to the super team that arguably began this continuing arms race: the 2007−2008 Boston Celtics.

In the 2007 offseason, the Celtics formed a super team, trading for Ray Allen and Kevin Garnett. The two joined fellow superstar Paul Pierce to form a Big Three (19 combined
All-Star nods among them) that led the Cs to their 17th title later that season.

Three years later, the Miami Heat formed their own super team, signing LeBron and Chris Bosh to be Dwayne Wade’s running mates. This Big Three led the Heat to a pair of championships (2012, 2013) on four Finals appearances. LeBron, though, left the Heat in 2014 and took his talents back to Cleveland, where he formed another super team alongside rising star Kyrie Irving and superstar forward Kevin Love (whom the Cavs traded for upon LeBron’s prodding).

You might also want to read: Top 10 NBA Players of all Time

The Birth of a ‘Super’ Team

LeBron’s Cavs may have caused the formation of the most successful super-team: the Golden State Warriors from 2016 to 2019. The Warriors, led by back-to-back MVP Stephen Curry, Klay Thompson, and Draymond Green, were the 2014 champs and had gone a record-setting 73-9 in the 2015−2016 season. But the Cavs denied them a championship, coming back from a 1-3 Finals deficit and winning the decider on Oracle Arena.

The Warriors responded that offseason by signing a top-five player and in-his-prime MVP: Kevin Durant. His arrival gave the Warriors a Big Four, and that team was very successful. They won back-to-back titles in 2017 and 2018, moving the Warriors up to third on Bwin’s infographic of the most successful NBA franchises. Golden State now has six championships, making them joint third with the Chicago Bulls for most titles in the NBA (trailing only the Boston Celtics and Los Angeles Lakers). A seventh title was actually within reach, but injuries to Durant and Thompson in the 2019 Finals derailed the Warriors.

Durant left the Warriors in the 2019 offseason, signing with the Nets instead to team up with Irving. The two soon found themselves a third wheel in Harden, whom the Nets traded for in January. Then, Brooklyn added Griffin and Aldridge for good measure. It is a good move, as beating that LeBron-led super team in Hollywood will take nothing less than another super team. 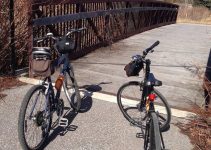 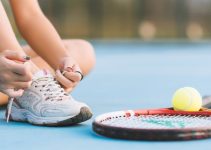 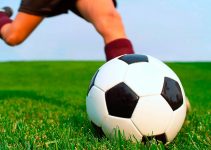