We have all indulged in an interesting activity called daydreaming. Be it a boring lecture or a long bus ride; we have all daydreamed about something to pass our time. While it may seem like a fun activity for a bus ride, sometimes, it is more than just a habit. Some people may be suffering from maladaptive daydreaming, which is a psychiatric condition. It is a severe condition that needs to be treated as soon as possible. Otherwise, the patient may completely drift off from their reality.

Below we have shared everything related to maladaptive daydreaming disorder from its symptoms to treatment. Continue reading to learn more about this condition.

Daydreaming is considered a leisurely activity that some people indulge in for passing the time or escaping an unpleasant situation. Some people use daydreaming as a coping mechanism. While daydreaming, a person wakefully indulges in thoughts and scenarios with no relation to their immediate surroundings. Usually, they make up pleasant scenarios in mind. These scenarios can be about anything, like achieving goals, engaging in desired activities, trying bucket list ideas or imaginary conversations with persons of choice.

A person indulges in daydreaming when the brain is not busy with an external task. The human brain has a collection of regions called the mode network. When a person is daydreaming, the activity levels of the mode network increase significantly.

What is maladaptive daydreaming?

In 2002, Professor Eliezer Somer of the University of Haifa (Israel) identified and defined maladaptive daydreaming as a psychiatric disorder. A person suffering from this disorder can experience intense daydreaming. In most cases, the patient may be distracted from their real-life to a severe degree.

According to Professor Eliezer Somer, anyone can develop this disorder due to abuse, trauma, or any serious real-life incident. Such patients use daydreaming as a coping strategy for escaping the pain of their real life. Maladaptive daydreaming can be triggered by real-life stimuli, such as:

The Diagnostic and Statistical Manual of Mental Disorders (DSM-V) doesn’t consider the maladaptive daydreaming disorder as a treatable condition. There is no official treatment available for this condition, but it affects many people.

Experts are researching to understand this disorder better and devise an official treatment.

Since maladaptive daydreaming is not an official medical condition, it is hard to define a list of symptoms. Moreover, experts are currently unsure about the causes of this condition.

However, some commonly reported symptoms are mentioned below:

Most patients have at least one of these symptoms. However, it is common for patients to have more than one symptom, but no patient has all these symptoms. Moreover, some patients may also report symptoms similar to ADHD patients, like short attention spans.

Professor Eliezer Somer had developed a scale, known as the Maladaptive Daydreaming Scale (MDS), for determining this condition. This scale helps a person decide whether he/she is experiencing maladaptive daydreaming, but it cannot provide a formal diagnosis.

The Maladaptive Daydreaming Scale (MDS) is a fourteen-part scale that rates the five key characteristics of this disorder:

There is no official treatment for maladaptive daydreaming. However, according to the little research on this disorder, some treatments and management techniques are devised.

These treatments are mentioned below:

Sometimes fatigue and physical stress can cause our body to act out. Try to get enough sleep and indulge in relaxing activities. If you feel tired during the day, increase your caffeine intake. But don’t drink coffee before bedtime to improve the quality of sleep.

Keep a check on the symptoms of maladaptive daydreaming. You should inform people around you about the symptoms, too, so they can point out and interrupt your daydreaming.

Notice what triggers an episode of immersive dreaming. It can be one or two stimuli or a whole lot of them. So, it’s better to keep a record of all your triggers to avoid them as much as possible.

Different behavioral therapies can help identify the underlying causes and triggers of maladaptive daydreaming. Your therapist will also help you cope with your condition.

Although no medicine is officially declared to treat maladaptive daydreaming, a study suggests a medicine, Fluvoxamine, can manage the symptoms. This medicine is commonly used for treating OCD.

As long as there is no official diagnosis system, it will be challenging to diagnose patients with maladaptive daydreaming disorder. However, if the patient can use MDS for detecting if he is experiencing symptoms, he/she must consult a doctor. Moreover, they should identify and avoid triggers. Since there is no official cure for this condition, patients must manage the symptoms to function properly. 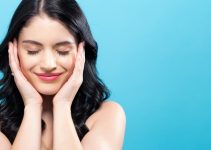 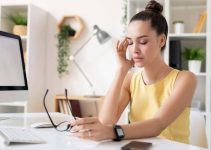 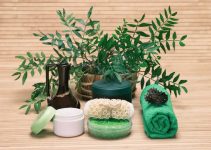