If you’re the owner of a business, it’s likely that you have premises. Whether it’s an office in your home for your marketing consultancy service, or a complex of warehouses for a large construction company, the premises of a business is its lifeblood, and any damage or disruption to these premises can have a major impact on a business’s day-to-day operations.

Many business owners, have poured countless numbers of working hours into the premises and committed lots of personal funds to get the business off the ground in the first place – meaning that having its security breached is the worst nightmare scenario, where years of work could be put into jeopardy.

That’s why it’s critically important for any business owner to consider their premises’ security with the utmost seriousness, and engage in a process of identifying the weaknesses and potential flaws of their building, while also informing themselves of the best methods and technologies for maintaining as a great a deterrent as possible.

Thankfully, in the modern world, there are countless methods and ever-growing numbers of technologies available to help any business owner ensure their security is of top quality.

Read on to find out more about common and effective methods of keeping your business premises secure.

No matter what kind of building it is, having a modern alarm system that is regularly tested to be working effectively is an absolute must – but there are additional steps a person or team can take to beef out security protocols even further, to work in conjunction with alarms to provide an extra layer of effectiveness.

One of these steps is having your alarm/security system monitored. Monitored security systems employ the services of a third party to keep an eye on the security systems at your business at all times, providing a whole host of extra benefits that could be the difference for businesses requiring something more heavy-duty.

The capability to respond in the event of a security breach is hugely improved, as the alarms will notify a nominated individual and the police, who can ensure that the response is adequate, and increase the chances of an offender being caught.

Devices such as the Mosquito device transmit high-frequency sound waves that are hugely effective at deterring groups of people from loitering in a particular area.

Alongside an efficient and effective alarm system, CCTV is a critical component of any business’s security setup. In the modern world, there are no excuses for failing to implement CCTV cameras, considering how potent they are as a security deterrent, as well as how critical they often end up being in the prosecution of any criminal.

Often, the mere presence of CCTV is enough to put people off, as they record permanent evidence of any criminal activity. Motion detection lighting is also highly effective alongside CCTV, as it will scare off intruders when activated, while also providing better vision for the security cameras. 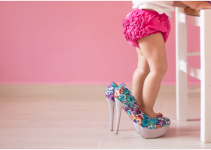 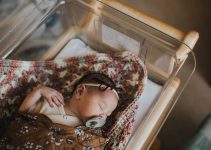 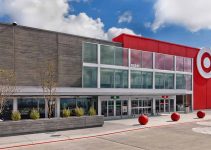