NOTE: Due to COVID-19, most of the shows have been canceled or postponed. So, call the Los Angeles comedy clubs or respective officials before leaving for the show to confirm.

Los Angeles is the hub of a variety of activities. People from small towns and even other countries go there to take their careers to the next level. It embraces everyone with open arms, without discrimination, and everyone gets a fair chance to excel here. Among other things, Los Angeles comedy clubs are famous for hosting some of the best comedy shows in Los Angeles.

The comedy clubs are famous for hosting LA comedy shows. However, the top comedy shows in Los Angeles are hosted in all sorts of places, from parks to parking lots.

In this article, we have shared some of the best comedy shows Los Angeles has to offer. Keep reading to find out some fantastic comedy shows in LA and laugh till your belly aches.

We have compiled a list of the top comedy shows in Los Angeles. Some of them are too good to be missed. So, read on to find the one Los Angeles comedian who resonates with you and then attend their show. LA has a variety of shows to offer for people with different tastes in comedy.

It is one of the best comedy shows Los Angeles has to offer.

Golden Hour Comedy has been happening in a parking lot every Sunday for a long time. But due to its success, the team of Golden Hour decided to take the show indoors. So, for that, they took the help of The Slipper Clutch. They offered to host the show every Sunday at their classic punk, rock, and roll bar.

An emerging name in the Los Angeles comedy clubs is The Comedy Gym.

Happening at The Dojo above the Sycamore Tavern in Hollywood, this comedy show is a treat, especially for bodybuilders. So, what are you waiting for? Don’t miss out on the amazing shows comedians put out there.

If you are looking for the type of comedy Los Angeles offers, Dave & Buster’s Comedy Night is it.

Hosted by Dave & Buster’s every Wednesday, this Comedy Night is everything you asked for. The show is free, and after the show, Happy Hour begins. So, have a blast at one of the best comedy shows LA has going on.

The queer High Priestess puts on one of the best comedy shows in Los Angeles.

Her show is not only a comedy show but a spiritual experience. She also offers tarot card readings after the show, which maximizes the fun.

During the lockdown period for Covid-19, she didn’t stop doing her comedy show. She only switched it to the cyberspace and held virtual comedy shows on Zoom. So, look out for an online comedy session with the High Priestess and witness the fun.

Who knew some top-notch LA comedy shows would be performed at variety showcases? Well, 10 by 10 is one such interdisciplinary show with free tickets. Each show has 10 performers who perform everything from poetry to comedy. So, even if you don’t find the best Los Angeles comedian there, you may find your next favorite slam poet. It’s a win-win!

Two funny ladies host a fantastic, full-of-kicks kinda show at some good ol’ Chinese restaurant somewhere in LA. They follow the old-school style of comedy, which makes them stand out in the modern world. So, if you want to have a hilarious night out with some friends, consider the Blair + Greta Show. You won’t be disappointed!

They are famous for the most fun lineup of comedians every few weeks. Some of them may be unknowns, but after one show, you can become their diehard fan. So, don’t miss out on the opportunity to attend their performance if you are in LA.

Only the LA comedians can leave the best Los Angeles comedy clubs and host their show in a bookstore’s backyard. Good Heroin is one of the most diverse comedy show hosted by the LA comedians. It happens every Saturday and features several new comedians in every other show. The best thing is that the performers belong to different races, genders, ages, and ethnicities. Due to such a diverse lineup of performers every week, the crowd increases.

Among the best comedy shows in Los Angeles is the Paradise City Comedy, an intimate stand-up show.

If you are into vinyl punk records and funny comedians, then this is your stop. The venue is filled with both. You will end up having a fun time. So, if not for the vinyl records, go for the funny comedians.

You are bound to find your next favorite Los Angeles comedian at the League of Comedy happening On The Thirty.

This show doesn’t just satisfy your laughter cravings but also your musical desires. The show features a guest indie musician in every show. So, if you don’t love the comedians, you will surely love the musician.

LA comedy shows have a standard that is unmatched by other comedy shows. The comedians come from different corners of the city and even from outside it, to perform. They put on some of the top comedy shows in Los Angeles. So, if someone wants to get a taste of LA comedy, they must not miss these shows. We have shared some of the top-rated comedy shows in this article. Look out for their show dates and times. You can look up at their social media profiles for more information. However, some places require an RSVP and are invite-only. So, properly research the venues and their requirements before showing up. 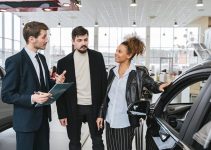 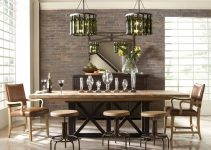 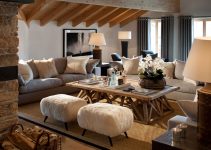